The recently founded association VZW “TWERES” (“TWE”- two, “RES”- RESidents Secondaires) wants to give a strong voice to second residents in Belgium. The initiative originated during the corona lockdown. Contrary to some neighbouring countries and against the recommendation of health-experts, second-residents were forbidden to access and to stay at their second home during the lockdown. After this unsavoury period, TWERES wants to continue to look after the interests of the large group of second-residents in Belgium, addressing most divers concerns of different categories of second residents, which goes far beyond the protest in the context of the corona crisis. However, the association wants to do this with respect and understanding for the rights of permanent residents, short-term residents, day-tourists and all other interested parties.

More than a quarter of a million families and singles live in Belgium outside their domicile on a regular basis. This can be a mobile home, a chalet in a holiday park in Limburg, an apartment on the coast or a cottage in the Ardennes. Together they form a heterogeneous group of people from all categories of the population. Second-residents make a substantial social, economic and fiscal contribution to the local community of their second residence, while they have no say at all in the policy of that community.
The initiative to unite the second-residents in the non-profit organization TWERES came into being in May, during the exit from the lockdown. When the ban to stay at the second residence still remained in place even though shops and schools were already open, legal proceedings were started against the Belgian State. This had immediate effect. Even before the Council of State was able to hear the case, politicians woke up and pushed themselves in front of the cameras to announce that the ban would be lifted immediately. From that experience, second-residents learned that they are an influential group, provided they organize themselves.

This period also revealed that second-residents are confronted with several other problems. For example, many second-residents feel that they are disadvantaged fiscally by local authorities; owner-occupiers of mobile homes on campsites have many questions about their contracts with camping owners. Second-residents in apartment-buildings are often alone with their problems with regard to the property manager. Those who have a second home in Flanders, are very concerned that they will be disadvantaged by the announced new method of calculating the energy-tariffs that will apply as from 2022 onwards. These are just a few examples.

Chairwoman of TWERES, Marie-Anne Coninsx stresses: “The mission of TWERES goes far beyond the protest in the context of the corona crisis. It aims to respond to the concerns and interests of second-residents from all walks of life. We wish to do this with respect and understanding for the legitimate interests of all”.

Second residents ask for more participation in the community of their second home. At the same time TWERES also wants to get rid of the unjustified stigmatisation of second-residents. “The image that only a privileged class of the population has (cv: also non-owner second residents) a second home, does not correspond at all to reality,” says Coninsx.

Under the slogan “Standing up for second residents”, TWERES calls on all second residents throughout the country, to support the association and contribute to its development. One can become a member in no time via the website www.tweres.be where all information – such as mission, planned actions, statutes – is available. 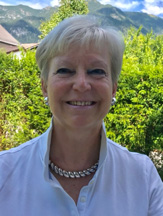 Marie-Anne Coninsx comes from Limburg (Tongeren), with a second home in Koksijde on the Belgian coast. Marie-Anne has a legal background and is a former European diplomat. For the past 10 years she has been EU Ambassador to Mexico, to Canada and the first EU Ambassador for the Arctic. She studied law at Ghent University (B), and did postgraduate studies at the universities of Cambridge (UK) and CEU-Nancy (FR).